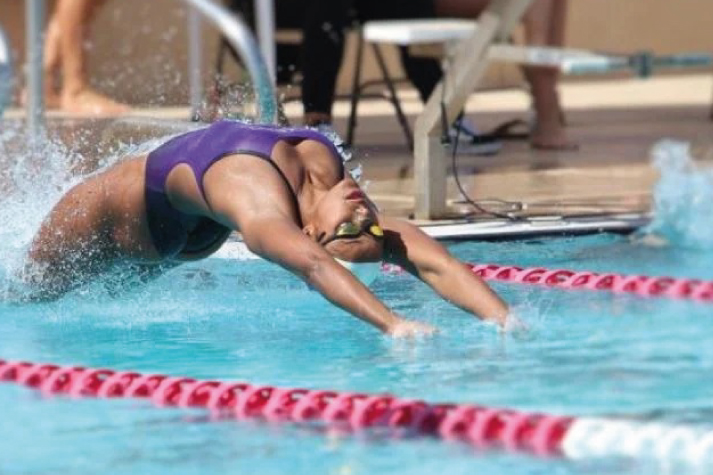 The 10,000m men’s final at the Sydney 2000 Olympic Games was and still is one of the most memorable races in athletics history; Paul Tergat lost to his fiercest rival Haile Gebrselassie by the smallest of margins in long-distance running – 0.09 second or 90 milliseconds.

Every sports person always looks for the smallest of margins that will make them better than their opponent, and on that 2000 summer night in Sydney, Haile dug deep into his reserves to find that extra margin and deny Tergat the only Olympic gold medal he never won in his illustrious career.

Sports has taken data analytics to another level altogether; in athletics, there are shoes that improve running outcomes by at least 4%.

In other sports such as cycling, the British Team Sky adopted analytics in 2010 to aggregate any marginal gains made by their cyclists, and in 2012 it yielded fruit when Sir Bradley Wiggins became the first Briton to win the Tour de France.

The value of sports data analytics was not always appreciated. It was not until 2002 when Oakland Athletics baseball team using statistical data analytics aced through the season to lift the Major League Baseball trophy with a 20-match unbeaten winning streak.

The Oakland A’s were neither wealthy nor highly ranked and they stood no chance of topping the league.

But through systematic sports data analytics, they not only reduced the amount of money spent per win but also made efficient playing rosters.

From this experience, baseball became an example of how unscientific cultures can respond to scientific methods.

Almost 20 years later, while other countries are moving their sports ahead via data analytics, Kenya still lags behind in this area.

It is common at a Kenyan Premier League match in any sport to see so-called team statisticians taking down the stats manually on a piece of paper.

No forward-thinking can come from such data. Better quality data needs to be collected since it is next to impossible to thrive on the international sports stage without a data analyst to crunch match data and give better inferences to the coach.

The desire for individual improvement among those participating in recreational sports has also fueled mass adoption of analytics.

Because of this, many mobile applications, wearable devices, sensors and other electronic chips have been developed to collect and transmit personal and competition-specific data.

These devices not only detect the athletes’ speed based on the distance covered; but also display their personal details such as heart rates, fatigue levels, hydration, gait, posture and injury risk.

Collection of such intimate data has not gone undetected by both sports regulators and consumer protection agencies. Sports data – especially the one that is medical in nature – now enjoys the highest security from data protection laws across the globe. So, what are the rights of an athlete when it comes to their personal and intimate data?

In May 2018, a new Global Data Protection Regulation (GDPR) launched in the European Union (EU) but with a global scope, gave individuals more rights over their personal data who must now provide prior consent to a third-party collecting their data.

Furthermore, the individual also has the right to request the data collected to be deleted at any point in time, as well as to revoke any prior consent given to collect personal data.

Considering that most Kenyan elite runners ply their trade in the EU, this is a matter of great interest to them. In Kenya, the collection and processing of data on sportsmen is enabled by a variety of regulations.

This means that whenever Kenyan athletes participate in sporting-related activities in the EU or in conjunction with EU-based companies, they should be more vigilant in relation to how their sensitive data is collected and processed subject to the global best practices on data protection.

These devices worn on or close to the body can assess position, motion, impact, biomechanical forces, heart rate, muscle oxygen saturation, and sometimes sleep patterns. Despite the many good opportunities availed by sports analytics, the greatest challenge is the risks it portends to minors and when personal data collected is used to make automatic decisions that can affect an athlete’s career.

Trackers that collect personal profiles such as sports watches, ingestible and wearable chips can be used to determine whether an athlete should join the team, participate in a major competition or their likelihood to win. They also raise privacy concerns in this era of computer hacking and potential adverse use by commercial and competing companies.

Do many people know where the data they upload after an evening walk goes to? Just imagine your personal heart rate, oxygen saturation and general health information getting to a pharmaceutical company developing heart disease medication; it could be a treasure trove at no price.

Sports exercise data is not only the new battleground of sports teams but also of wearable technology manufacturers.

So next time as you install a new sports exercise app, spare a thought to read the fine print of the GDPR  agreement presented to you before you click “I accept”, lest you sign away your private data to be used for things you know little about. Arguably, Kenya’s Data Protection Act (2019) will have far-reaching implications in the sports industry which is exceedingly dependent on the sound health of individuals to perform optimally.

This reality, when pitted against sport analytics, underscores the importance of the collection of the health and fitness data of sportspersons – a compelling reason to import the implementation of the Data Protection Act (2019) into the sports world.

Data on health and fitness is categorised as sensitive information and is subject to strict rules on processing and retention such that pre-informed consents are needed and setting up of measures to duly secure this information.

As such we would most likely see a spike in the introduction of contractual clauses on how sports enterprises would wish to continually collect and process sensitive personal data in this new era of data protection.

Finally, we all love listening to a TV or radio sports commentator who from time to time throws in some match statistics and analysis. As we are wowed and mesmerised by the players’ statistics and the little marvels they perform on the playing fields let’s not forget they are humans with rights to privacy and not entertainment robots, this consideration should make us think more about protecting their data.

– Paul Ochieng is a Sports Economist and Dean of Students at Strathmore University.

Gerald Lwande is a Biomedical Scientist

This article was originally published on Standard Sports