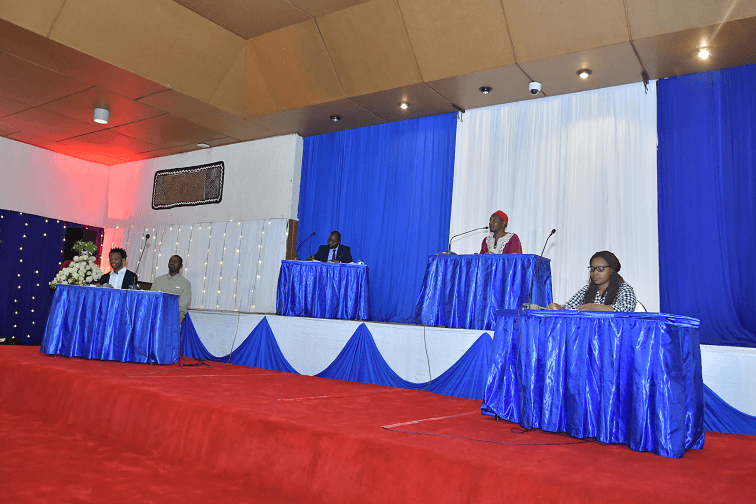 29 Oct Can leaders be ethical in a complicated world?

Today, if one was to conduct a poll and ask people what exemplified good leadership, eight people out of ten will say that they want to live in an ethical world, one in which leaders share a moral compass and work towards a common vision for the betterment of humanity. However, such a world perhaps never was and may never be, something in the semblance of a utopian vision; at least according to Tällberg Foundation. What we are left with then, is the perpetually vexed pragmatic question; “In the real world, what is possible?”

New thinking for a new world

This question and many other leadership topics were the subject of discussion on Tuesday, 12th November 2019 at a workshop organised by the Tällberg Foundation in conjunction with the Senate of Kenya, hosted by Strathmore University Business School. The workshop was convened under the theme: “New thinking for a new world”. According to Alan Stoga, chairperson of the Tällberg Foundation (Sweden), the workshop had been envisioned and designed to encourage participants to engage in robust dialogue not only about what can be done but also what they can do to make it better. What was unique about the workshop is the fact that not only did it bring policy shapers and makers in the form of legislators, but also an extraordinary group of people from almost twenty countries with diverse backgrounds and professions.

The program cut across the two days with plenary sessions, round-table discussions and high-level debates. Over one hundred student participants had the opportunity to engage with panelists in a break-out session tailored for young people. Dr. Vishaksha Desai, senior advisor for global affairs to the President of Columbia University, senior research scholar at its School of International and Public affairs, and vice chair of the committee on Global Thought, moderated the session which largely comprised of a youthful panel: Faustin Linkyekula, a dancer, choreographer, director and storyteller from the Democratic Republic of Congo; Rafael Yuste, recipient of the 2018 Tällberg/Eliasson Global Leadership Prize; Njuguna Macharia, a student from Strathmore University and President of the Strathmore Debating Society; Doris Mwikali, a student from Catholic University of Eastern Africa (CUEA) and Chairperson of CUEA-Africa debate society. They shared their individual perspectives on what ethical leadership means and through anecdotal references, they gave their experiences on leadership (successes, milestones, challenges and obligations)

Imagine this, you are a student leader who has been elected to represent your peers. Due to a series of student complains against the administration, you are forced to lead demonstrations agitating for the demands of the student body. Then one morning during the ongoing strike, you get a phonecall: the office of the president is on the line. The president wants to meet the student representatives. Out of the whole student council, only two get to meet him. You are one of those left behind, and just like Moses in the Bible, who went up the mountain to seek The Lord and come back with the 10 commandments, the two leaders went and came back with “commandments” to be abided by students. Only that this time, once again just like in the Bible, as Judas had betrayed Jesus Christ for a bribe of thirty pieces of silver: they had been offered high ranking positions in government in exchange for their silence and taming of student unrest. Well, this story is neither fictional nor is it a figment of the writer’s imagination; it is a real-life story as told and experienced by Pastor Nicolas Guérékoyame-Gbangou during the his time as a student leader. He is currently the President of the Evangelical Alliance of the Central African Republic and one of the Plateforme des Confessions Religieuses de Centrafrique (PCRC). He shared this in an effort to make the audience understand what it means to have integrity or lack thereof and its dire reverberations.

In the words of Alan Stoga to the participants at the beginning of the workshop, “If we are imaginative enough to make new connections, to imagine new pathways, or to look at the familiar from different perspectives, then these conversations will have lasting value and even better if they inspire new action.”

For anyone to make an attempt in answering the question posed, “Can leaders be ethical in a complicated world?” one has to be bold and courageous enough to understand that in what may seem as an imperfect world, there exists a silver lining in which ethical leadership resides and is all that matters. Humanity should therefore strive to get there.

This article was written by Agage Benjamin, a student at the Strathmore Law School.

If you have a story, kindly email: communications@strathmore.edu